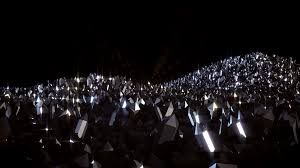 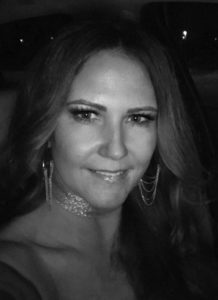 Dalene studied classical piano throughout her life through the Royal Conservatory of Music and went on to explore other aspects of music at the University of Alberta and Sunbridge College, NY.

This multi-instrumentalist (including mandobird, ukulele, guitar and upright bass); performed at venues across the US including the Cowboys AT&T Stadium, Houston Astrodome, Louisiana Superdome, State Fair of Texas and Nashville’s Wildhorse Saloon with her girl band and has earned accolades including, “Dallas’ Top 10 Concerts” as well as “Top 10 CDs of the Year” by the Dallas Morning News. “For such a soft-spoken lady off stage, she can sure let it rip with a microphone,” says Mario Tarradell of the Dallas Morning News.

Her background also includes a stint as the official Anthem Singer and cheerleading captain for the Canadian Pro Football team, The Calgary Stampeders.

Dalene has previously released her all original solo album, “Linger”; as well as 2 albums with her band: Unbridled (Texas) and Metamorphosis (Nashville).

Currently Dalene performs nightly in Dallas at hotels and lounges including the Gaylord Texan, Warwick Melrose, Truluck’s and more with her bands, Big Little Town Tribute and Late April.

“Music has always been a huge part my life. My Grandpa was always at the piano at family functions, everyone gathered round singing and listening. I remember asking my Grandma if maybe he needed a break from playing; she told me no, he was exactly where he wanted to be, at the piano sharing music with people. Now, as a full time musician, I totally understand that.” Dalene recalls.

“I remember watching my Grandpa play the piano (which he gave to me when I was four) and the organ and I wondered how he knew which keys to press….I was completely fascinated. His hands danced over the keys and came up with Scott Joplin like versions of, “My Wild Irish Rose”, “Anytime” and many more…His orchestra performed at the prestigious Hotel MacDonald in Edmonton weekly.”

“When the classical practicing got arduous as an 8yr old, I told my Mom I really didn’t want to take lessons anymore. She cleverly agreed and said it wasn’t a problem, we would just have Grandpa come take his piano back… I was instantly back practicing and never looked back.”

“Jewel and Don Henley are my two biggest musical influences. They both have such unique timbres vocally and are incredible songwriters with great poetic depth. They sing with such feeling and passion it truly touches the soul. My Dad used to play the Eagles records on our LP stereo. I remember being moved so deeply by the harmonies and musicianship.”

“It’s a challenge to put yourself out there musically and hope to connect with people by bringing back a memory or evoking emotion through a song. Sometimes it feels like no one is listening and then someone will make a point to say how much the music has moved them. That’s exactly why I love to do this.”